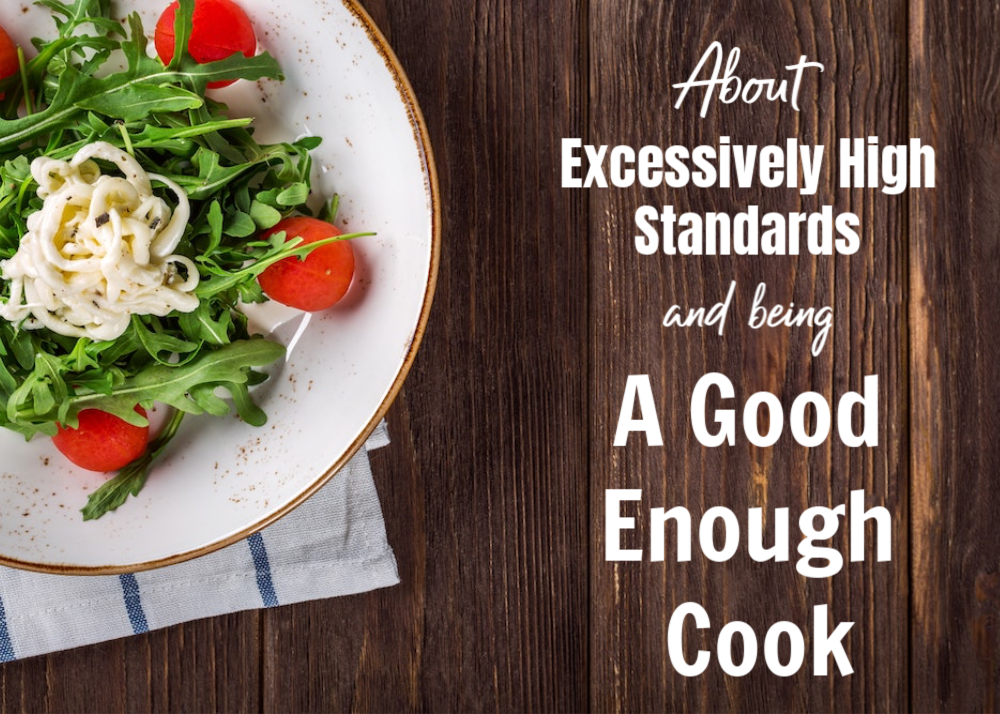 As a kid and young adult I was a junk-food junky. Then I had a baby. Like many young mothers before me I developed a keen interest in healthy food. It soon became crystal clear that to have healthy food I would need to cook.  But I didn’t know the first thing about cooking. Well, maybe how to bake box-mix brownies. So I set out to learn what healthy food was and how to prepare it. I wish I could say the path was smooth, that I immediately produced marvelous dishes that my family adored and begged me to make. I wish I could. That was my girlish fantasy anyway. But instead the path was littered with boulders the size of cars.

What is a Good Enough Cook? 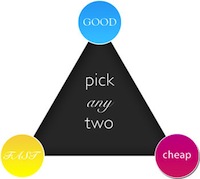 What we’re up against

This is the classic conundrum. The riddle of all riddles: Do you want it good quality, fast, or cheap? It’s generally agreed that you can only have two, and we’re trying to get all three at once. And I don’t know about you, but I’m not about to give up 🙂 But, it does help to ease some of the pressure to achieve perfection to realize that doing them all would amount to a miracle, and decide on some sort of personal truce with the problem. Personally I use the old 80/20 rule:

What the Good Enough Cook is Up Against Culturally

In your Mom’s day every home had a Good Enough Cook.  They had to or they would starve.  It was a world without fast food, frozen dinners, and a wide choice of restaurants.   Grocery stores were small by today’s standards and didn’t have much in the way of prepared food.  On Sunday blue laws were in effect, preventing the grocery stores and restaurants from opening.  So Mom cooked and everyone eagerly awaited dinner, not because her meals out-shown Julia Child‘s but because they were hungry and the food was good.

Now each member of the family can escape to the nearest fast food joint if they get the least bit hungry.  There are junk food temptations every where they go and the more they succumb the more they favor the flavor of junk food.  There’s junk food at school.  These are problems of which we are all well aware.  But there is also problem of morale that effects the Good Enough Cook alone that is a pretty recent development: the culture of the celebrity chef and cooking as entertainment.  I know, I know there are good things that have come out of this.  But I can’t help but think that cooking as entertainment has discouraged many from cooking by setting higher standards than the average budget and time bound cook can attain.  Several shows ridicule participants for failed efforts that are still far better than a kitchen novice is likely to achieve.  Some have started to imitate this with people in their day-to-day lives.  You’ll see it on sitcoms.  In Mom’s day this would have been unthinkably rude.  And it’s very discouraging to both the novice and the Good Enough Cook alike.

In the face these difficulties it’s easy to feel discouraged.  But every incremental change you are able to make makes a difference.  So chin up Good Enough Cooks!  Stand tall and be proud!